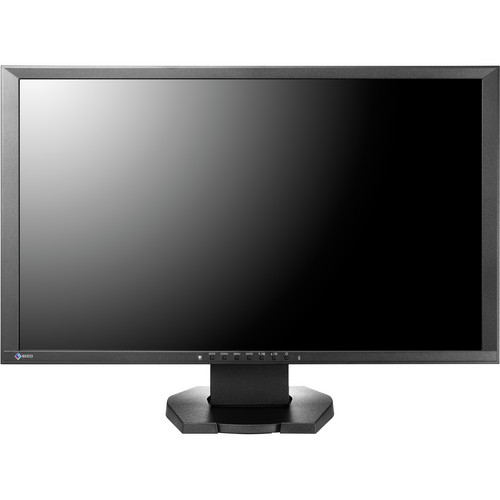 The FG2421-BK 23.5" Widescreen LED Backlit VA LCD Gaming Monitor from EIZO comes with a black housing and features a 1920 x 1080 resolution along with a response time of less than 1 ms when utilizing the integrated Turbo 240 display feature. This Turbo 240 display feature effectively converts a 120 Hz input signal into 240 Hz thus doubling the refresh rate and creating a response time nearly invisible to the naked eye.

The FG2421 monitor from EIZO also supports an enhanced brightness rating of 400 cd/m², a 5,000:1 contrast ratio, and enhanced 176° horizontal and vertical display angles. Found on the back of the monitor are DipslayPort, DVI-D, and HDMI inputs allowing you to connect this monitor to a variety of computer configurations as well as three 3.5 mm audio jacks to connect to a variety of audio devices. Accompanying the audio and video inputs is a two-port USB hub allowing you to connect a variety of USB compatible peripheral devices directly to the monitor.

Quick Scoping with Low Input Lag
Input lag, or the time it takes for commands from a keyboard, mouse, or controller to appear on the screen, can be the difference between hitting your target and missing it. EIZO developed its own integrated circuit to ensure your commands appear onscreen without delay.

Download Pro Gamer′s Color Preset
Play like the pros with gaming presets from pro gamers. Use the bundled software, ScreenManager Pro for Gaming, to download these and other presets from gaming.eizo.com or to export your own presets.

Clear Visibility with High-Contrast VA Panel
The FORIS FG2421 uses a VA (vertical alignment) panel with a native contrast of 5,000:1. This is 5 times more than what many other gaming monitors offer and increases the visibility in dark scenes for enhanced visibility.

Easy On the Eyes
Turbo 240 significantly reduces motion blur for clear visibility in FPS and other genres. Disabling Turbo 240 produces flicker-free images to reduce eye fatigue. By using the bundled ScreenManager Pro for Gaming to assign a preset mode to each program, you can turn Turbo 240 on and off automatically.